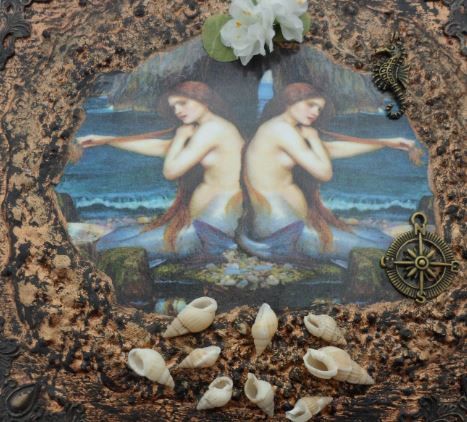 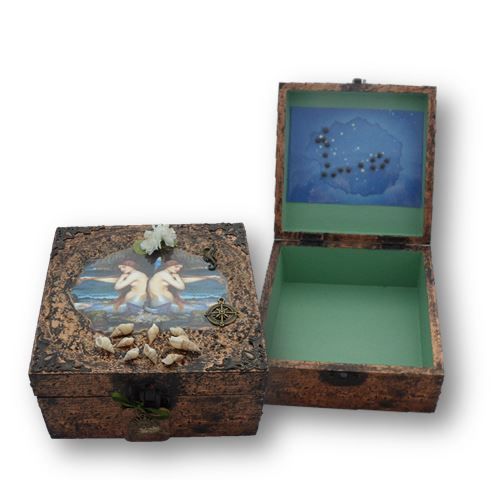 The traditional symbol for Pisces is two fish. But why have fish when you could have two beautiful mermaids (painted by Waterhouse)? The decorations for this box are naturally, "things of the sea", from the seahorse, to the sea shells on the sand and the Piscean flower, a waterlily. The clasp tag has the word "kind" written on it (one of Pisces' attributes), and a sun charm attached. The base of the box is felted.

The interior of the box is painted soft sea green (one of the colours associated with Pisces), and there is a sprinkling of confetti in the base. Inside the lid is the Piscean constellation, set out in tiny bronze stars across the backdrop of the night sky.

As with all Sisters of the Moon Memory Boxes, this box comes with a numbered authentication card. The Zodiac Boxes are numbered by sign. There is also a card enclosed with the main attributes for this sign.

1 in stock.
0 in your basket
View Basket Checkout

Recommend this to a friend  +